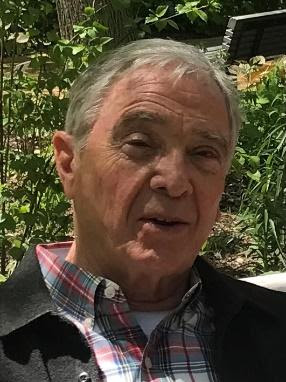 When it comes to retirement, it’s hard to know what to do with your money. Making even a minor decision in this arena can feel like climbing a mountain with a backpack full of bricks, but it can be especially difficult for people employed in the education system. Things can feel convoluted, confusing and, at times, even confrontational. Thankfully, companies like Ameritime exist, to not only take some of the bricks out of that backpack, but hold your hand and help you up the mountain as well.

The old cliché, “seeing is believing” (or in this case, “reading is believing”) is just that. A cliché. But the base nature of the adage certainly still holds plenty of water. Get to know Tom Brown… and judge for yourself.

Tom is a retired teacher who was hired by Special School District in 1974 after graduating from St. Louis
University with a degree in Communication Disorders. Knowing he wanted to help children struggling with language and continue to make a difference, he spent 15 years at SSD before transferring to Lindbergh School District as a Reading Specialist to finish out his admirable career.

Ameritime picked Tom’s brain about how he got started, and his journey into retirement. His responses are below:

How did you find yourself on this career path?

“I had no idea what I wanted to do when I was discharged from the Air Force in 1971, after the death of my father. I did know that I wanted to go to college, and that I wanted to help others. I saw listings for speech therapy classes in the university bulletin, I explored them, and ended up with my degree.”

What made you call Ameritime?

“At the urging of an Assistant Superintendent at Lindbergh, I contacted Ameritime six months before I would
retire. I could not imagine what they could do for me. All the retirement information was in the Public-School
Retirement System handbook.”

After your initial meeting, why did you decide to come back?

“That first meeting was relaxed and informative. I was surprised by all the things I didn’t know. I wanted to see
what was truly out there for me.”

What did Ameritime do for you that you couldn’t get from other financial institutions?

“Subsequent meetings laid out a plan to purchase years, allowing me to retire with a larger pension and part
of my pension in lump sum. That lump sum amount was put into an annuity that I have been drawing from for
the last fourteen years.”

What did your client relationship look like once you retired?

“Because of Ameritime, I was able to divert six months of income and use that to purchase time with tax free
dollars. This made it possible for me to retire with thirty-three years, which in turn allowed me to take a
partial lump sum. I met with the Ameritime Investment Advisor, who then coordinated with the Ameritime
Tax Advisor to reduce my taxes moving forward. At this point my experience with the Ameritime Integrated
Financial Network was so positive that it only made sense to me to use the Ameritime’s resources to refinance
my home, set up a will and a trust and figure out Social Security/Medicare eligibility. I would not have known
how to do any of this with-out Ameritime’s help and advice.”

This is truly a success story that changed Tom’s life for the better, but his tale didn’t end there. Spoiler alert,
Tom Brown is now a proud member of the Ameritime staff. How did he get here?
“In 2011, I went to work for Ameritime. I was proud to do this. I knew how much they had helped me, and I
wanted to give the same help to other teachers. Everyone who works for Ameritime has the same caring
attitude that I experienced at my first meeting.”
Again, it sounds cliché, but it’s pretty remarkable. This isn’t a script for a romantic comedy. It’s just the real
world, where taking a knowledgeable, calculated step can lead to surprising financial stability and growth… if
you know the right people.

Welcome to the right people.